Where to start reading Romain Gary?

Where to start reading Romain Gary? 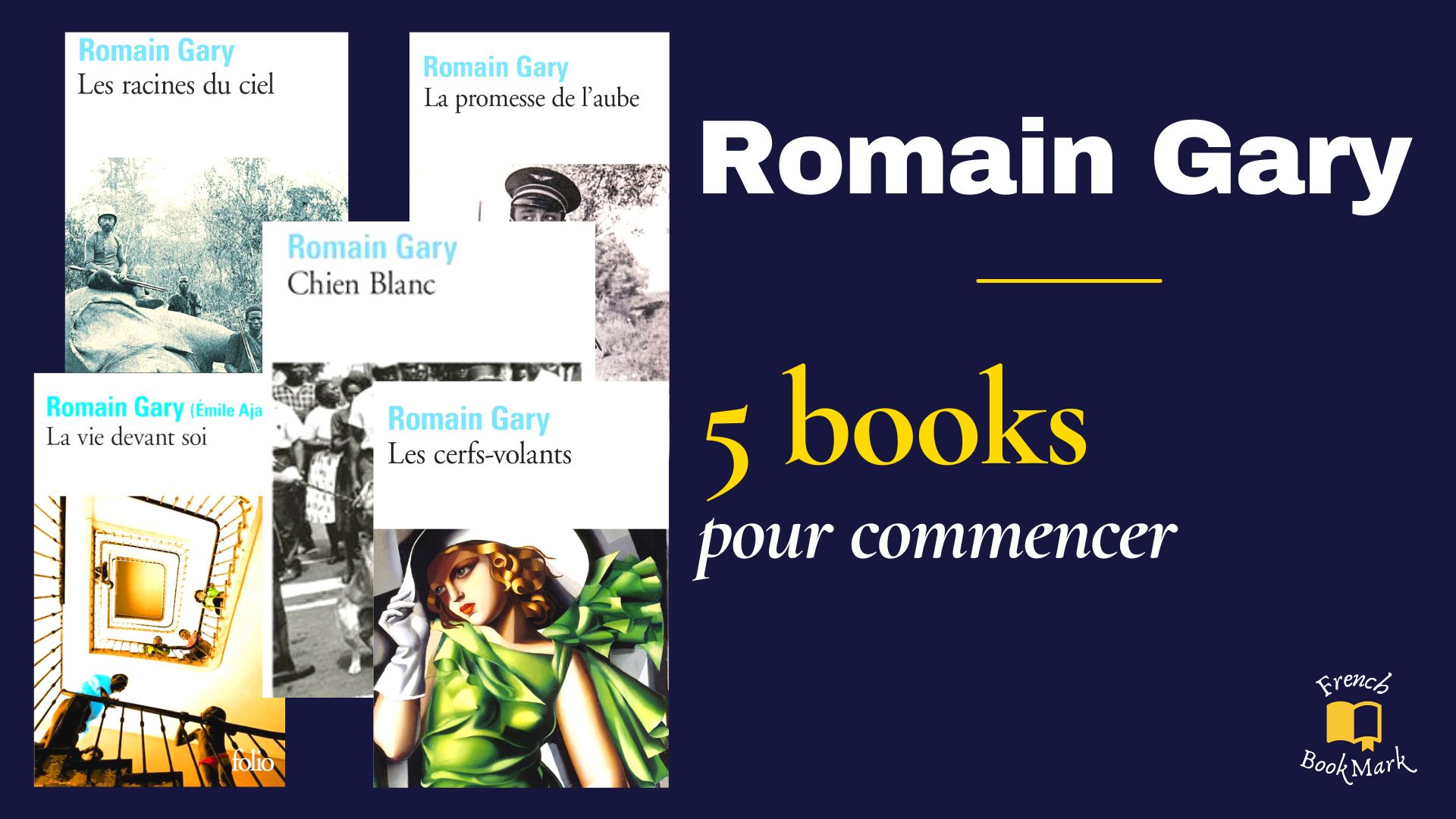 Romain Gary is the only person to have won the Goncourt Prize twice. The prize is commonly awarded only once. The writer used another name to publish the novel “la vie devant soi” and thus win the prize. Romain Gary is a French diplomat and novelist. His life is marked by his Russian, then Polish identities when Wilno and its region are integrated into Poland after the First World War, and finally French starting from 1928. During the Second World War, he will join General de Gaulle in England. Below are the 5 essential novels by Romain Gary.

The story takes place in the 1950s in French Equatorial Africa. Barely out of World War II, Western nations reverted to their old habits: exploiting the world’s resources for their own benefit, regardless of the consequences. Morel, a stubborn idealist, will fight almost alone against a cruel world. He will engage in a fight to save the elephants. The author succeeded in explaining and making his story accessible despite these complex issues. Romain Gary won his first Goncourt prize with this novel The Roots of Heaven (Les racines du ciel in French).

In this autobiographical story, Romain Gary talks about his beginnings. Promise at Dawn, or La promesse de l’aube in French, covers the events starting with his difficult conditions in Poland and then his arrival to France with his mother. In France, they had to discover everything about the country and the society. His mother, a charming artist, excessive, loving, strong, will do everything for Romain in a disproportionate way. This is the story of the mad love of a mother for her son. But this son, Romain, is capable of realizing the crazy ambitions she harbors for him.

It is during the historic events of the assassination of Martin Luther King and widespread riots that Romain Gary reveals a part of his American life. With actress Jean Seberg they had pets, including Batka, a German shepherd, “white dog”. The dog doesn’t like black humans. This racist dog is disturbing and will be sent to boarding school to correct his behavior. The dog is a mirror of the human soul: no dog is born racist, a dog becomes one, by training. “It seemed to me until now that where there is hatred, there is no education. There is deformation. Dressage.“. In White Dog, Chien blanc in French, the author reflects on the condition of the oppressed in our societies.

Momo, a little Arab boy, has been living with Madame Rosa for several years. Madame Rosa takes care of the children of prostitutes. She became attached to Momo, a boy who was not claimed by anyone. When Madame Rosa became unable to climb the stairs to get to her apartment on the 6th floor, Momo is there to watch over her. Her health will deteriorate, but Momo will stay with her. He will grow up and become a man. This novel, la vie devant soi in French, is a compendium of emotions and good feelings. It is ultimately the story of all those lost children, in need of love and recognition.

The Kites, les certs-volants in French, is a book by Romain Gary. It was published in early 1980 before his suicide on December 2 of that year. In this work, we find all the themes dear to the writer: love, fraternity, freedom to think and act, the power of imagination and hope for the future. The story begins in 1930, in Normandy, a young Norman Ludo, 10 years old, meets a gorgeous Polish aristocrat, Lila on vacation in the region. Their love grows, unfolds between France and Poland, naturally with ups and downs. Ludo is accompanied by his uncle also called “the crazy postman” because he makes wonderful kites known all over the world. The author, a trained pilot, speaks one last time about the war, in a tone that rings true to tirelessly denounce the absurdity of war, while displaying a confidence in life and in love. A magnificent love story during a difficult time, from 1930 to 1945, endearing characters.

It’s a nice list to start reading the best of Romain Gary. You can access reading sheets for Promise at Dawn and The Life Before Us by joining the book club.